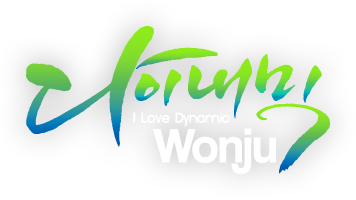 Wonju is a green city full of hope with dream to be a dynamic city based on its original and beautiful nature.

In the east, the ridges of Chiaksan Mountain, which consist of Birobong, Hyangnobong, and Namdaebong Peaks, embraces the city like a folding screen, and in the west, the Seomgang River, meandering back and forth, creates the superb views that the city boasts. Along with Gangwon Gamyeong (Gangwon Province administration building), which was a political, economic and cultural center during the Joseon era, Wonju's splendid culture and traditions are still blooming in harmony with the present. The city, a transportation hub with Yeongdong Expressway and Jungang Expressway stretching in all directions, has evolved into the national center of industries and logistics. Currently, Wonju is preparing for a second bold leap forward creating an Enterprise City and an Innovation city. Wonju, which preserves a pristine, beautiful nature, is dreaming of becoming a green city full of hope and a dynamic city in the capital area. 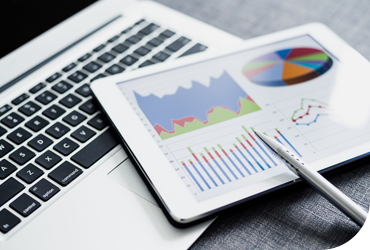 Wonju, from the past, has been the crossroads for travel from Yeongdong area to Seoul and from Chungcheong area to Gyeongsang area.

Wonju, dreaming of becoming Korea's "Silicon Valley" in the medical device industry, has promoted a project to create an environment-friendly ecological city with the concept of a "future-type advanced bio-medical city". This project will turn Wonju into an international medical complex city where residential, commercial, and industrial zones are combined in harmony.

The success of businesses and happiness of residents are blooming in the Business City.

With Seowonju IC in proximity, Seowonju station and Manjong station will help it to serve as a foothold for transportation and logistics.

Housing & education, and commerce & culture as well as R&D & production harmonize in the self-contained business city. Thus it promises success of businesses and pursues happiness of residents

It is a new future-type city with optimal conditions for innovations and a high-quality living environment created through cooperation between public institutions relocated from the capital area and industry-academia centers. A total of 13 public institutions such as the Korea Tourism Organization, the National Health Insurance Corporation, and the National Forensic Service have moved into Wonju to create a new city.

Innovative City of Wonju represented by public organizations in the field of health & life, tourism, resource development and public service grows as the nation’s special administrative city.
Advanced public transit system and stable infrastructure of education, medical service and parks made the City reborn as a livable and work friendly place.

GTI International Trade& Investment EXPO invites GTI(Great Tumen Initiative) member countries, including South Korea, China, Japan, and Russia in a single platform. As top local firms of these countries bring together their products, it emerges as a leading industrial EXPO in the region of North-East Asia.

Held on- and off- line simultaneously, GTI EXPO sees a steady hike in the volume of contracts with participating firms each year. In 2021, it made a splendid achievement of signing 400 billion won of export contracts.